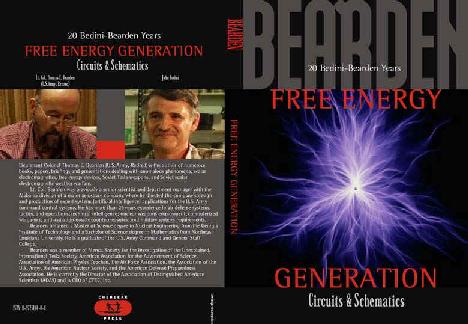 Just letting you know that my order arrived today. Thank you very much. I wish John Bedini, Tom Bearden, and all of you the best. This information has been the most candid, and informative I have seen on the subject of free energy ever. My hats off for the work, effort, and bravery in putting this info out for all of us to benefit. We really needed people as brave as these at this time in history. They are true patriots. Please keep up the great work.

As one who has successfully replicated many of these machines in many variations, I can say that this book is very helpful to understanding this technology. The very lengthy patent quoted shows many important things not shown to the public until now.

The explanations are the clearest I have seen yet, and are very well developed. Several new circuits are shown, as well as several methods of tapping into the Aether.

We have shown the public on several of these forums how you can see the over unity in the results. The benefits of this technology are really incredible. The environmental benefits are enormous.

This, as I have shown, can be done by properly tuning the setup with more than one battery on the back end, or by placing Energizer coils on the freely running wheel and charging up additional batteries or loads, or even the front end load. This I have done numerous times over the last two years.

This was shown in the original 1984 book, which is given at the start of this book. This is very easy for anyone to see for themselves as many have. All you have to do is make the machine so that it ends up charging the charging battery to even only 90% of the rate of discharge of the primary. If you then can charge up another battery with an energizer off the freely spinning rotor, then what do you have if even that is only 90% of the charge and the primary is discharged? Anyone should be able to get at least these low results.

And what does that show you?

But with a little more quality and effort you should be able to get one fully charged battery for one fully discharged battery, with a free mechanical load that can power whatever you want, or another battery. With the slightly advanced motor as shown on the lists long ago, you can swap the batteries around and continually get this free ride or extra charge. You must add in the free mechanical.

Remember, the SSG setup was the bare bones basics to show you something. This book goes further into the meat of the matter. The book has many illustrations and color pictures. For those who were pressing for more details, here they are. Enjoy!
Rick Friedrich

I’ve had this book for a week now and haven’t been able to put it down yet.

Tom Bearden and John Bedini really nail it in this one!

On page 46 of this book, it has John’s solid-state version of his monopole! complete with component values!

Now people don’t have any excuses why they can’t build this because you no longer have to build a rotor! I’ve been replicating and testing Bedini’s energizers for three years now, and was an original member of Sterlings Yahoo SG group. I’ve seen some amazing results with my projects, but nothing like what I’m seeing now that I’ve built the solid-state version that is in this book!

I’ve recharged alkaline batteries without heating them (That I’ve seen before). I got a 1 to 1 charge by using a 12volt 17aH battery to charge a 12v 250 aH battery! and, the best thing yet, I hooked this Radiant energizer up to a water capacitor (electrolysis chamber) that was filled with sodium free spring water with NO electrolytes and imagine my surprise when gas started streaming off the plates with only 200mA of input! and after running it at about 1 amp 20v for just over 20 min, the water was still cold!

I have never seen anything like this and I’ve experimented with straight DC and pulsed DC looking for that (now) fictional resonant freq of water.

To be fair though, there are some problems in this book.

There are some minor typos in the back article, the opto pin outs have the emitter and collector pins backwards, and their is a NPN in one of the schematics with a PNP part number. Just minor stuff a little common sense can over come.

This book is truly historic and is going to blow the mind of any one open minded enough to read, consider, and experiment. I have no doubts that John and Tom are real from what I’ve seen on my bench and from what I have read in their works. Is there any surprise there is a campaign to discredit them? I’m not.

These super skeptics are just as bad as super gullible people. If critical thinking was explosive, these clowns wouldn’t have enough to blow their hats off. Just keepers of the status quo if you ask me. I would suggest buying this book before it’s stopped!

It’s that powerful!
Dave AKA Oneness(slightly edited for brevity)

# Just wanted to let you know that the book arrived today.It looks fantastic.Great color pictures, schematics and write up.I’m going to tell everyone that this book is a “must have” for serious researchers!
Peter L

# 20 Bedini-Bearden Years ‘Free Energy Generation’ extracts from http://www.icehouse.net/john34/bedinibearden.html
Special thanks to all the groups who kept the faith. 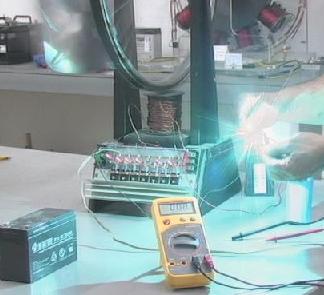 John Bedini discharging the radiant energy from the storage capacitors. 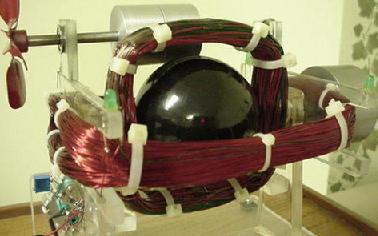 Window Motor, Bedini/Cole This motor has been on the same batteries for over 15 years. 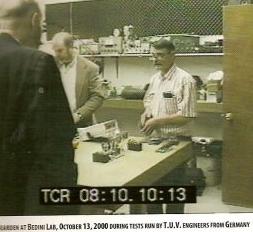 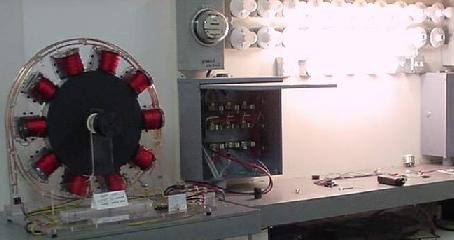